I started writing the text below as a response to the discussion we had HERE.

As it grew in size, I decided it would be interesting to separate the topic of ‘Is he doing enough to promote himself?’ from that of ‘Can fans really know what’s best for Richard?’.

This whole discussion about Richard’s approach to the media of late has made me realise that, as comfortable I am writing and analysing (and drooling over pictures of) his characters, delving into the matters of the man himself is quite a challenge.

On the one hand, there are barriers that you don’t want to cross – his privacy and the right to make his own decisions without being bullied by fans. On the other, there is a realisation that, no matter how hard we look, we will never really ‘see’ tha man. So the conclusions of our guessing work is faulty from the start.

As much as there’s a degree of separation with characters (I have a borderline unhealthy attachment to Lucas North’s bum), it gets super real super fast when we talk about Richard Armitage. I rarely write about the man himself, even if I do, I usually think of ‘RA’, not Richard Armitage – the living breathing entity.

This, I have realised, is once again separating myself from the realness of an actual human being.

Of course we as fans would wish for regular interviews, new material to process and mull over. On face value we wish for the world to be wallpapered Armitage.

This is a dream that could have serious consequences if realised, though.

When I think about it, for the past few years, our fandom has been running on the cycle of bi-annual messages from Richard, the odd picture or interview, a quick mention here and there of the RArmy. The rest of the activities have been conducted on blogs, among fans and admirers. We have created a reality, with its unwritten rules.We have been processing information that, as it were, is second or third hand.

Any conclusions we have drawn have simply been conjecture.

I think the last dry spell has brought out creativity in our little family. Due to the lack of any ‘shiny new objects’, we have resorted to going back to the old ones and looking at them in a new light. We’ve also had time to stop and ask: Why is this important? Why do I spend so much time concerning myself with this actor? With these particular parts he plays?

As I have stated, most of us know nothing about show business, nor how that huge machine operates. We can filter certain events and thought through our own experiences and methods of analysis, therefore reaching some conclusions (as I have done with wishing RA was more visible).

I don’t think this is a bad thing, and it certainly isn’t in any way harmful. I see it as musings on a topic and”like a puff of smoke – it changes with every wind“. (N&S)

I feel we would have to exercise more constraint in what we think and write if there was any chance that it could influence Richard Armitage or his career. I find more danger in a woman posting detailed descriptions of how she saw Richard Armitage jogging in a park close to his home, than someone posting a fantasy about him, or criticizing his choices in a post.

These should serve as a platform for discussion, as is their intended purpose.

My answer to the question ‘Do fans know best?’ is: Yes, we do!

We know what’s best for us as individual fans, what feels right to us, and what fulfills the needs we may have.

We wish for the absolute best for Richard Armitage.

We have no idea what Richard Armitage wants, there is just no telling.

He may make decisions that we don’t approve of, and we may discuss them between ourselves in a respectful manner, keeping in mind that people may hold other views. This serves no other purpose than another topic to muse upon between friends.

Ultimately, we want what’s best for Richard, and will admire him and support him, whatever he chooses to do.

The gentler side of RA love

I’ve been quite hard on Richard Armitage in my previous posts, so I decided to balance it out with some cuteness.

What makes us more relaxed and happy than a set of cute puppies, kittens and Richard! 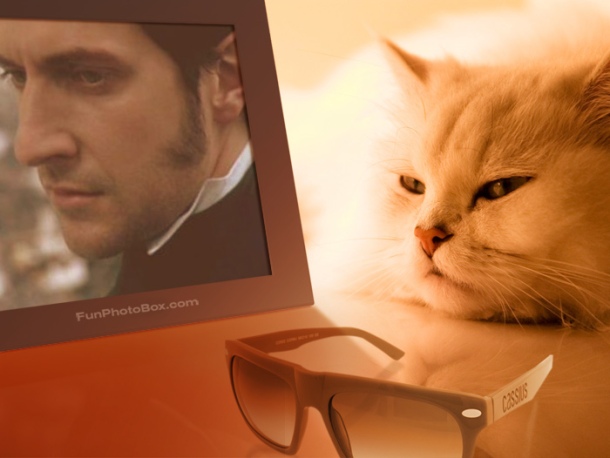 Have a super cute day! 🙂