As I’ve mentioned before, I’m busy with end-of-year exams.

While I was researching, I came across the following image: 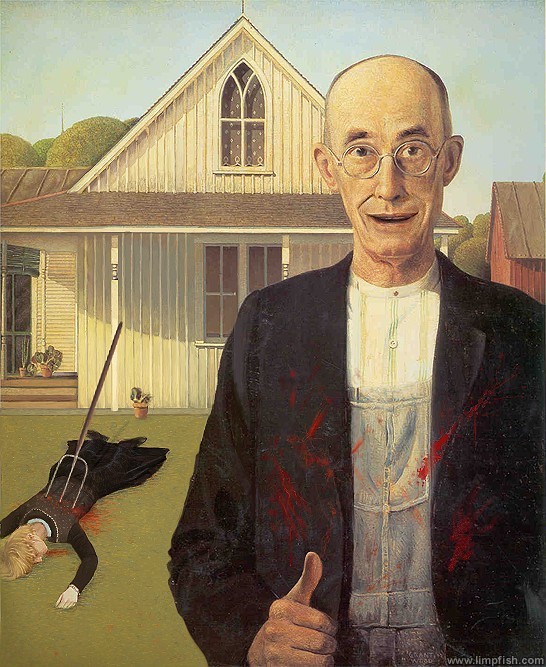 It’s a twist to one of the most famous images in American Art.

Many know it, but can’t identify the title or the artist. 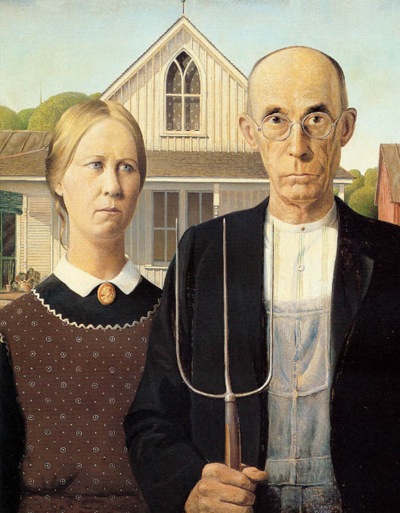 The title is American Gothic by Grant Wood.

It was painted in 1930, as part of the American Scene/Regionalism movement.

The title may be misleading to European art lovers.

The painting is named after the cottage in the foreground, which is an example of gothic revival architecture, with a distinctive window up top.

Despite misconceptions, the painting actually shows a farmer with his spinster daughter, modeled after the artist’s sister and his dentist.

Here are some parodies of American Gothic:

And for The Office fans

Sew, Rip, Repeat... and love each moment of it! Join me as I embark on a myriad of sewing and crafting shenanigans.
View all posts by Agzy The Ripper »
← Seeing Armitage in the least likely places!
Welcome to Armitageopolis! →