I’ve decided to present a different style of Pin Up today.

There’s something eye-catching about the marriage of 40s and 50s sensuality with  an Art Nouveau feel and a modern twist.

Oneq Nao is a very interesting Japanese artist, and I can’t wait to see more.

It’s time to round up the polls that have popped up in the past couple of weeks in separate posts 1 and 2 .

Thanks to everyone who took part in the different polls, your participation is what makes it FUN!!!

Let’s start off with the SNOG:

It turns out that Lucas North is the most snogable RA character, with 38.24%

In second place we have John Thornton, with a little over 20%.

I think that perhaps a little railway station platform lip and tongue extravaganza may have had something to do with the results.

The character we would like to MARRY is Harry Kennedy, with a whooping 50%.

It’s nice to see he had gained your favour despite being an accountant. I bet it has something to do with those  jumpers.

John Thornton came second, with a little over 26%.

This means a few of you wouldn’t mind getting physical with Miltons finest, but aren’t interested in making an honest man out of him.

Paul Andrews and Thorin Oakenshield  are the ones you’d DISS, each earning 36,36%!

I guess we just don’t like them super hairy and wearing socks in bed.

Another poll asked you which WET & WILD Armitage character brightens up your day or rocks your boat.

I was a bit unfair as I included the wet jeans pic, smashing the competition to pieces!

I also asked who, in you opinion is the MOST ABUSED Armitage character.

He received 45.45% of your votes, leaving the rest behind.

I also asked you who was THE FIRST RA character that caught you in the Armitage web.

Most of you have similar experiences as me, with dashing John Thornton sweeping you off your feet and changing your life for ever (over 72%)!

Thank You to all who participated!

Sex and the City vs. Pin-Up Girls

In June 2003 TV Guide ran a special series of covers featuring the Sex and the City ladies channelling their inner Pin-Up.

These reminded me how much I loved watching SATC and how bummed I was about the films. They really should have left well enough alone…

Me obsessed with Hunger Games?

Not one bit… Ok, a little bit, but who can blame me?

I like propaganda posters from the 40s, so I adore this compilation:

“Men-ups!” is a project by photographer Rion Sabean.

This is a brilliant commentary on how ridiculous these poses are 😉

Life from The Hunger Game perspective

I like to hear how much people enjoyed watching The Hunger Games.

These are people who haven’t read the books and didn’t really know what the big hoopla was about. 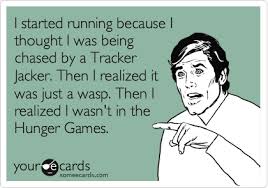 I’m a woman full of dedication.

Unfortunately, I’m most dedicated to my vices!

Posted in Uncategorized and tagged retro, Retro Spoof, vintage ad, Vintage ads. Bookmark the permalink.
← Older Posts
→
I Want to be a Pin Up
Blog at WordPress.com.
Loading Comments...
%d bloggers like this: