Benedict, you can drive my car anytime…

This put a huge smile on my face.

Doesn’t get much better!

“In this clip, we’re treated to seeing Benedict’s mother posing with quite a fanciful car, we learn what the BBC Sherlock star drove as his first vehicle, we see host Jeremy Clarkson learn how to take a punch, and determine how well Cumberbatch fared on his timed track laps versus other Star Trek greats.

We also get the secret behind exactly how Sherlock Holmes was able to survive the Reichenbach Fall.”

I think not, but it’s still a good giggle 🙂

Benedict, you can drive my car anytime…

Still on my wishlist: Richard Armitage on Top Gear!

I wonder if he’d be one of those tame sensible drivers, or if he’d release the driving beast within and it’d be pedal to the metal.

BTW, Benedict Cumberbatch has been the face of Jaguar, so I guess the reasonably priced car is a bit of a letdown for him.

By the way, I love how they add “actor” to his name.

Duh, I think we all gathered as much.

With a name like that he could hardly be an accountant!

If the answer to your question whether you want to see more of Ben on Top Gear is HELL YES! here’s a behind the scenes clip:

Richard, you drive us crazy!

Have you ever been curious about what it’s like to be a blogger, especially an Armitage one?

Nope, not a whiff of desperation.

Oh, the lifestyle of the rich, famous and blogging…

Earlier today, at the eleventh hour:

Me: Oh bloody hell, I need a FanstRA4 post for tomorrow and I’ve got nothing. Any ideas?

Me: So, about that fab idea you had and I really need…

Magzy: Eeerrrr…. just do some a post “Richard as something…”. Ya know, like last year’s Richard characters as dogs…

What about… eerrr…..Richard and cars…

*I snort, rolls my eyes, prepare to go to war about how stupid the idea was… but hold up… hold on one damn minute…this could works….yeeeessss…. this could work..kinda….*

Richard Armitage, you drive me round the bend!

I mean seriously, you need to give us all a break from your smoking hotness!

You drive us all crazy, so here’s a crash course on what cars different RA characters drive. 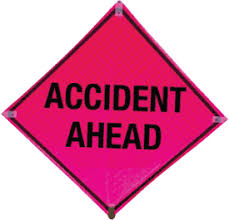 The car stopped with a jerk, then the  jerk got out.

Our dear Grizzly Gizzy is a bit dangerous, therefore I can see him in a Hennessey Viper Venom 700NM.

I’m not saying Guy has self-esteem issues, but he’d definitely be driving an expensive sports car.

Based on his behaviour many would rather see him in a Mazda LaPuta or Mitsubishi Pajero (a little Spanish joke there…).

Anyway, everyone’s fuming over the high cost of gas, but not to worry as Guy has the poor villagers running on fumes to keep that tank filled up.

Our favorite bookworm Harry Kennedy definitely wormed his way into our hearts.

It just isn’t fair how he fueled our fangirling imagination and he wins hands down.

With his John le Carré books and maths skills, he’s quite a Smart one.

At first he couldn’t figure out how to fasten his seatbelt, but then it clicked.

Many artists tend to be tanked most of the time, and Claude Monet would support his fellow painter and drive a Citroën Picasso.

Richard’s wig hardly revved our engines, but the part was an auto-matic hit with the fans.

It’s hard enough to maneuver the art world and stay in the race, but it’s easy to brush it aside when you travel in comfort.

Thorin Oakenshield, we’re all in this Armitage Admiration for the long haul.

Riding that pony such a long way must be taking its toll and you must be running on fumes (I still don’t get why the eagles could just drop you off closer to your destination).

Anyway, I’d like to offer you a more comfortable, not to mention worthy of a king,  alternative meaning this Mustang.

This is the only horse power you need to get to where you’re going!

Just remember not to speed in the frozen areas because the Middle Earth police will stop you cold.

Drivers in a rush who stop at traffic lights often see red, but no such worries for our dear fast and furious John Porter as he’d roll alone along a desert road (apart from a few planes, tanks, terrorists, bombs and such).

That’s why I think he’d definitely need a Renault Duster with its own swanky protective scarf and sunglasses.

Also, the car manual stipulates the driver must be shirtless while operating this machine, dunno why, possible something to do with the gear shift…

ATTENTION : Loose Nut behind the Wheel!

HONK… If You Want To See My Finger!

HONK if you Admire Armitage!!!