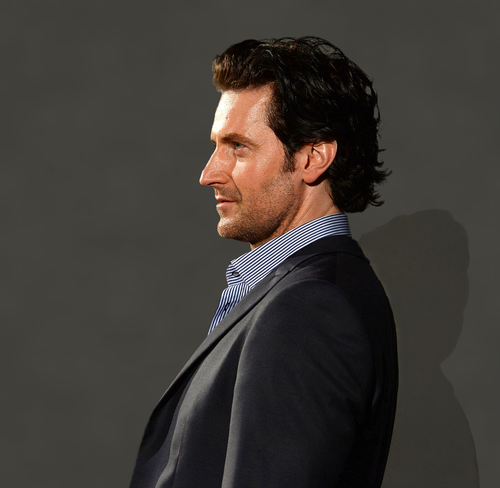 I’m still not done with going through the new RA pictures from  BAFTA LA TV Tea Party (note to organisers: TOO MANY CAPITAL LETTERS in event name…).

There are a few things that caught my attention:

Richard is keeping his chest warm in this cool autumn weather with a small furry beast hidden under his shirt.

What else have you got hidden there?

It’s clearly less Wax on and more Wax off here!

I’ve already commented on my likes/dislikes on the topic, but as always, he makes it look sexy.

(insert your own curtain matching the drapes joke…)

Secondly, why are people I don’t know/don’t care enough about being interviewed while that dude who plays Thorin in The Hobbit just waltzes by?

Thirdly, RA boots are a Servetus speciality (I’m more of a bum and thigh connoisseur, as you may have noticed), but I just had to highlight these:

I know some peeps weren’t too impressed with these boot-ilicious things, but AgzyM is giving them 2 fangirling thumbs up.

Maybe it would be better if they ended below the ankles, but I think they’re arty and show that RA has a great sense of humour when it comes to fashion (tux + boots from a few years back anyone?).

Last but not least, while we’re on the subject of RA in the background here’s a peek at Phantom Richard. 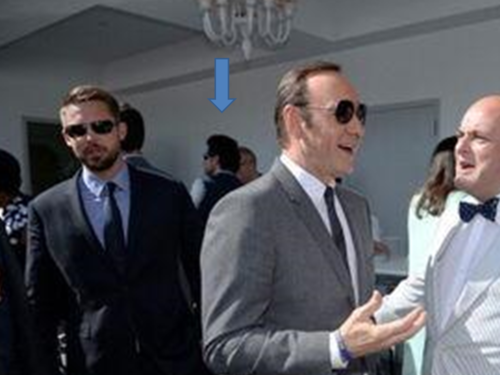 It’s not so much that we only catch a glimpse of him, 95% of his fans would correctly identify RA in a line-up simply by looking at a row of backs (and bums…).

The thing is, he’s wearing sunglasses!

I’ll just tell you right now, if he’s wearing Aviator’s I am checking out because the man is clearly on a mission to destroy me with all his hotness.

It’s all a blur, yet the hair still looks unbelievably hot!

Put me out of my misery of uncertainty Richard!

Look Back, Look Back at me…

I’m intentionally leaving out criticising the knee-pad pants as I think they’d come in handy when he’s on his knees proposing (I was going to take that somewhere else, but I guess this just isn’t THAT type of crowd!). 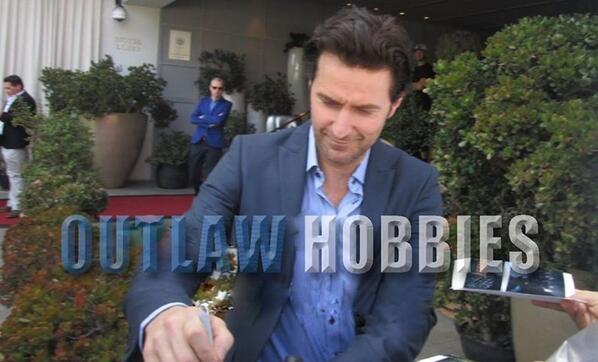 Is there anything else about the BAFTA LA TV Tea Party pics that I need to fuss over?

Because I’m preparing for new things to crop up and I want to lay these to fangirling rest!

Apart from that profile pic, that one isn’t going anywhere 😉

BTW, See Richard checking out the Thorin pic? Even he’s thinking that is one sexy dwarf… 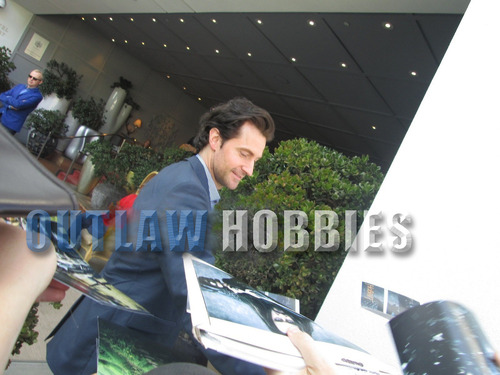 Here’s the cropped pic for Helen 🙂

It’s a very hectic and busy week for me and Friday will either bring about a huge bang or just fizzle out.

While I’m dealing with RL stuff here’s a quick poll regarding RA hair and if 2 posts on one topic is sloppy, three is just plain old lazy 😉

From RA’s recent looks, which hair length would tickle your pickle more (if you had one that is…)?

Do you favour the sleek and chic Old Hollywood glamour length…

Two Richard Armitage Hair posts in a row is just sloppy blogging, but what’s a fangirl to do?

This could’ve been avoided had Richard emailed me and shared his intentions of walking the red carpet sporting a beyond sexy do!

Next time I hope you’ll be more considerate Richard! 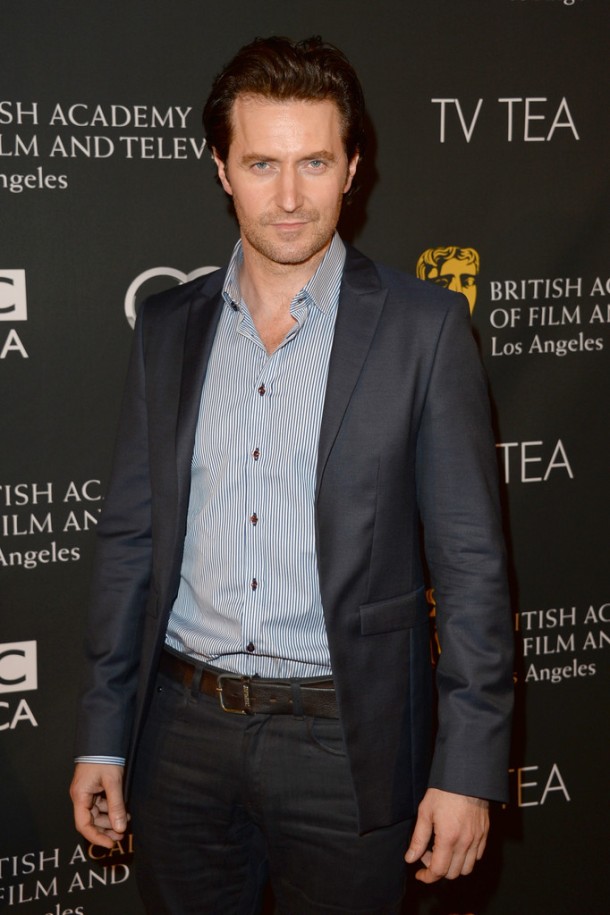 I can’t fixate on the Poldark news until it has been fully confirmed, but maybe we’ll get another round of Armitage as a romantic hero in a BBC costume series, hence the style!

Be still my heart and try to take in the Armitage coiffure beauty without bursting into flames! 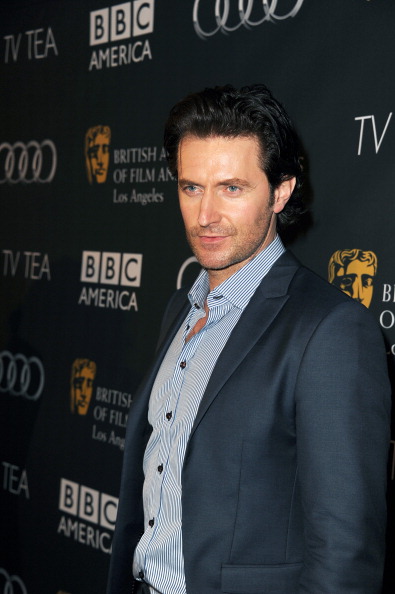 No hard feeling though Mr Armitage, your look tickles my lady bits and I most certainly give it my two trembling thumbs up.

It’s a bit of a Brazilian blowout and I refuse to believe you can just step out of the shower, run you’re fingers through it and be off.

There’s no wash and go here!

Visually the do is stunning but I’m withholding passing ultimate judgement until I am able to run my fingers through it!

Is is soft and smooth or more crunchy from hair products?

As much as I approve of Richard’s hair, here are some other styling ideas he may want to consider:

If that’s a little too conservative, how about a little Justin Beiber (minus the baggy pants and brat behaviour)? 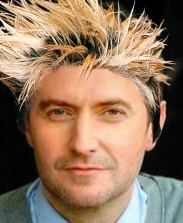 It feels like a good day for a white wedding, let me just go grab my veil and I’ll meet you at the altar…

If punk is less your thing and metal is where your tastes lie, how about some rock classic

And my favourite, the artsy take on a Warhol…

and if I want to be a Pin Up, I wouldn’t mind Richard being one too 🙂

My favourite still remains this…

Richard, you still manage to astonish and amaze me each time you appear on any red, green, or aquamarine carpet!

You keep it up and I’ll be more than happy to change the name of the blog to “Richard Hair Watch”!

Ps. Not that I was looking but the hairy chest is back too…