I’m continuing on my theme of Stereotype Sunday and it will come as no surprise that I’m tacking the French today! 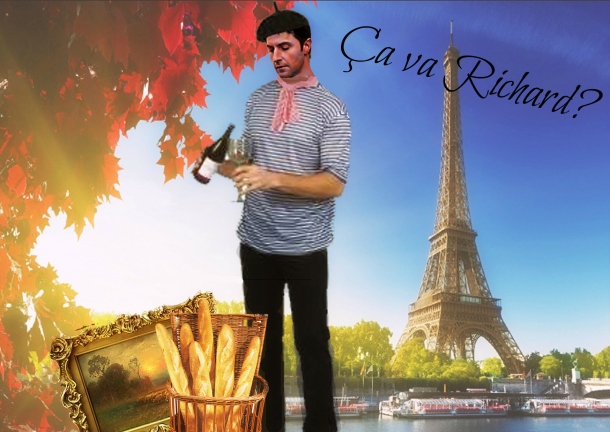 We were in dispute regarding the onions but Magzy summed it up by saying: Well, can’t someone see this whole project as bit offensive…

We left the onions out. 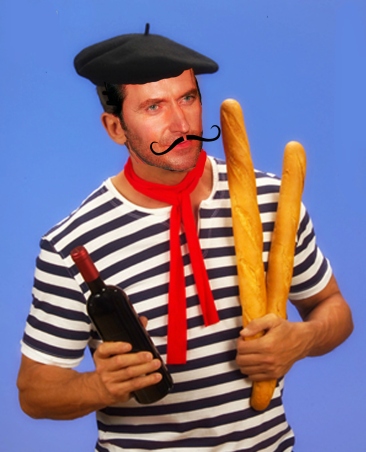 The ridiculous moustache had to stay though!

Do we know if Richard speaks French?

Many British children learn it at school, so there’s a chance he has at least some elementary knowledge and the thought of it has me yelling: Oooo lala!

I love the sound of French.

You might be saying: “There’s an oversized ferret canoeing in out toilet bowl while waving the EU flat” and it still sound sexy 😉

We know he’s given Russian a shot (and had a shot of Russian vodka) and bless him for trying!

This is an on-going project so if you have any other national stereotypes you’d like to subject RA to, pop it in comments and I’ll do my best to be an equal offender 😉