Soames Forsyte. The Man you Love to Hate

I’ve been meaning to write about The Forsyte Saga since the night I was up 10 hours straight till 6am watching it, but with all the build up I hardly think I can do it justice.

I saw the series floating around as recommendation to any North and South or Pride and Prejudice lover for some time, but I’ve aways found the word ‘saga’ a bit off-putting.

Nevermind, the gods of costume drama rolled the dice and deemed this summer the appropriate time to initiate me into the complex world of the Forsyte family.

And believe me, drama is the operative word proving that it’s always the most respectable families that have the most to hide. 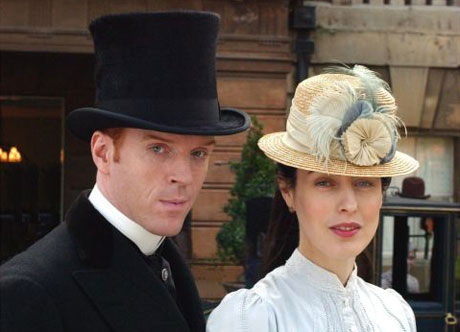 For anyone who’s interested in checking it out, you can watch the episodes on YT or read John Galsworthy’s book (free ebook link in sidebar).

Here is the first episode:

There’s just so much I want to say on this story and I’ll start with stating my disappointment that it hasn’t amassed a N&S type following.

There’s the odd post, article, one or two fanfics and I doubt this post will change things, but I’ll give it a try 🙂 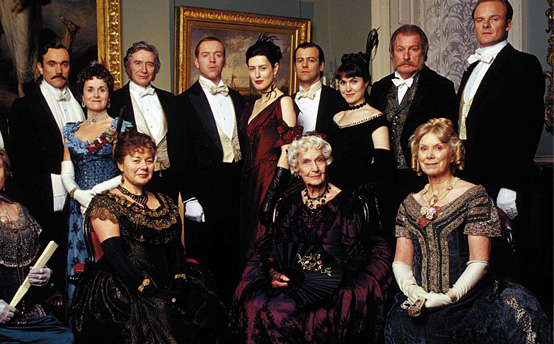 Although the 2002 television series introduces a plethora of rich characters, today I will be focusing on the one that Blew. Me. Away!

Soames Forsyte, played by the dashing and ever so strangely sexy Damian Lewis, is an incredibly complex character.

On face value he’s the one you love to hate, a despicable possessive man with few redeeming qualities. 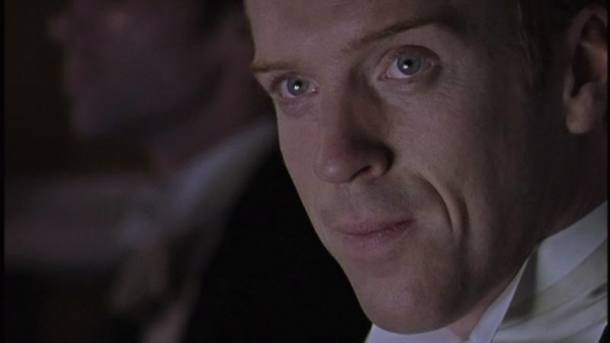 Don’t get me wrong, Soames is still morally corrupt and his actions throughout the series are questionable at best, but Lewis manages to instil in him an element that somehow evokes our pity.

We watch, episode after episode, as Soames’ carefully crafted persona, so highly regarded among his family and in society, unravels exposing a man who is riddled by insecurity and unable to upkeep the perfect picture he has created in his head.

His love for Irene (pronounced Irenee, which, as Servetus explains, is from the Greek pronunciation Ee-ray-nay), the woman he falls for and woos relentlessly, epitomises the notion that:

“It is better to love someone who loves you more”.

Despite there being little attraction on her part, Soames pursues her, blinded by his desire to possess her as yet another beautiful object in his collection.

It’s important to note that in this feminist age, Irene’s behaviour reads as passive at best.

She allows for events to happen to her rather than take charge of her own destiny, but she also possesses a skill that make men fall madly, deeply, truly head over heels with her and, some may say, she taken advantage of that.

I just see her as a Helen of Troy type, one that subconsciously hurts those who love her most and create turmoil around her. 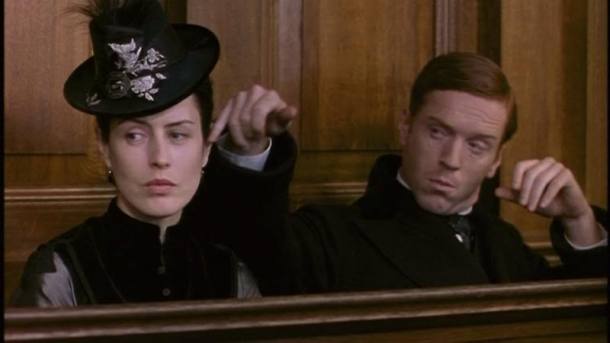 The Forsyte Saga is a story of a love triangle or, at times, a love rectangle, but in my opinion what is at the heart of this tale is  Soames and Irene who are engaged in a duel, a life-long battle that merely features, and inevitably wounds, innocent bystanders.

Although they have so little in common with one another, they perform a complex tango and their actions bind them together in an awkward and, at times, disturbing manner.

This really is a guide in “What Not to Do in a Marriage”.

This is a tale of the consequences of bad decisions, but also about how we tend to dig deeper into the black hole our actions have created, and how little we are able to learn from our errors.

When watching Lewis’ character it is evident that Soames is destined to repeat all the bad mistakes , learning very little from them.

It’s this inability to draw conclusions from past events that is one of his downfalls, but there’s an evident loneliness and a need to stifle the object of his love that makes this character so raw and painful to watch.

Time and time again I’d find myself embarrassed by his actions and literally shouting at the screen.

Shame he never read “Wooing for Dummies” because never was there someone so desperately in need of guidance!

I want to leave Soames’ and Irene’s relationship for another post when I’ll be comparing them to some other characters you may have heard of, but I hope I’ve intrigued you enough to check the saga out.

Although I’ve focused on what I believe to be the central theme of the series, there are plenty more delicious plots offering endless entertainment.

Irene isn’t the only woman who is entangled in a stormy and difficult relationship with Soames.

Although he is regarded as a respectable, sensible man, and his family relies on his knowledge and expertise, he find communicating with women a tad testing. 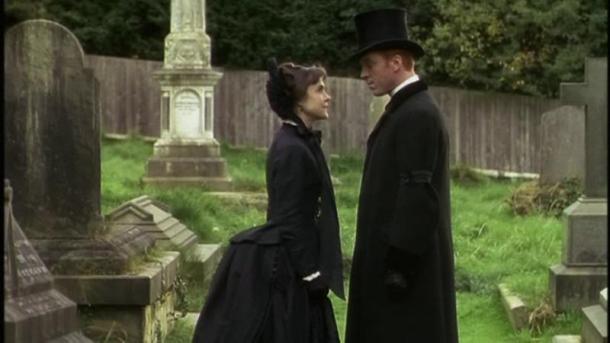 The dynamic between him and his cousin’s daughter June is worthy of its own post.

If Irene’s passive behaviour makes your blood boil, you will find June in juxtaposition as she’s one feisty lady!

She’s one of the few people who stand up to Soames and proves to be shoulder for Irene to cry on, although with the way the story evolve, I bet she’d wished she hadn’t.

In many regards June is the voice of reason and truth, and her character undergoes the most  significant growth throughout the saga. 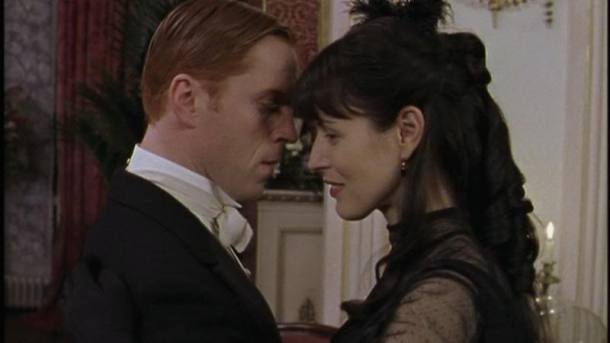 All of the caps come from Firthgirl’s picspam of the series and let me tell you, I was crying with laughter reading her interpretation, so check it out: Picspam 1, Picspam 2, Picspam 3, Picspam 4