On why I think US RA Admirers have a great big Pair!

What a week it’s been!

The Armitage Birthday Countdown was a success, if you don’t mind me saying!

It was a great lead-up to Armitage Day!

I had so much fun on Twitter yesterday, I literally had to put myself in time-out!

The fun isn’t over though, as King Richard Armitage Week has started.

Although I’m not participating, it has my absolute support, and I can’t wait to see what my lovely fellow bloggers come up with.

I hope I learn more about Richard III, as my British History college professor would be ashamed of my lack of knowledge on the subject.

One thing’s for sure!

It’ll be a blast! 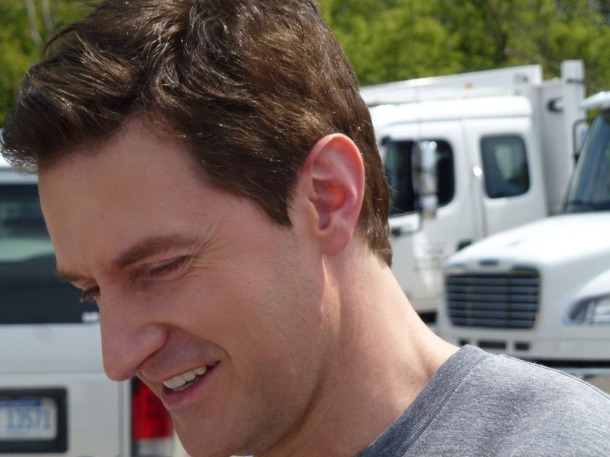 It’s been a gReAt week for the fandom in more ways than one.

We’ve been spoilt by reports (some very detailed and yummy) of fans meeting RA on the set of his new movie.

You can find them Here, here, and here, to name a few.

Of course, each time new info hit the internet, I was overjoyed, dancing around like a right prat 🙂

My sister asked a very valid question, though.

Why is there so much ‘RA meeting fans’ news, when, apart from official events, we didn’t hear a peep when he was in NZ?

Because US RA fans have great big cojones!

Bear with me as I explain my answer.

Firstly, US RA fans had a vision to travel to the set, not really sure if they’d be welcome.

I love a dreamer, and these ladies really turned the fantasy of meeting Richard into reality!

They showed up, some bearing funny signs, knowing full well there was a chance they’d be shooed away by security, but they took that risk.

They didn’t feel silly, or embarrassed.

Taking family with was a brilliant touch!

I hate to say it, but we all look a tad less RA crazy or threatening when there’s someone younger (like our kids) or older (like an in-law) accompanying us.

They were extremely polite to the crew, waiting patiently for their chance to meet Richard.

Let’s me honest, if the first RA fan had been rude, or in any way inappropriate in her behaviour, Richard would have informed security to get rid of any other admirers hunting for a picture with him.

And yet each and every time a fan showed up, he went out of his way to say Hello!

I think it says a lot about how wonderful Richard is, but also about the wonderful conduct of Armitage admirers.

The exemplary behaviour of our fellow RA lovers is what I’m the proudest of! 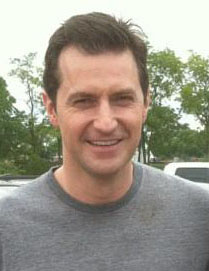 I feel like you’ve paved the way for other fans to meet Richard.

These encounters have changed the image of that weird RArmy of strange obsessive fans lurking in the internet shadows, and shown that we’re actually a group of very nice (and sane) women, who just happen to have great taste in British actors.

Last, but not least, they had the b*lls to share their stories with the rest of us.

As I’ve said it before, I wouldn’t blame anyone for keeping a lid on such a story, or sharing it with a selected group of friends.

Recent unfortunate events in our fandom have taught us that sometimes online animosities find their way to RL, with very distressing results.

It would be easier to ‘fly below the radar’, and yet you had the great big pair to share 🙂

I really hope you don’t regret your decision, and that fellow RA admirers have proven themselves trustworthy and respectful! 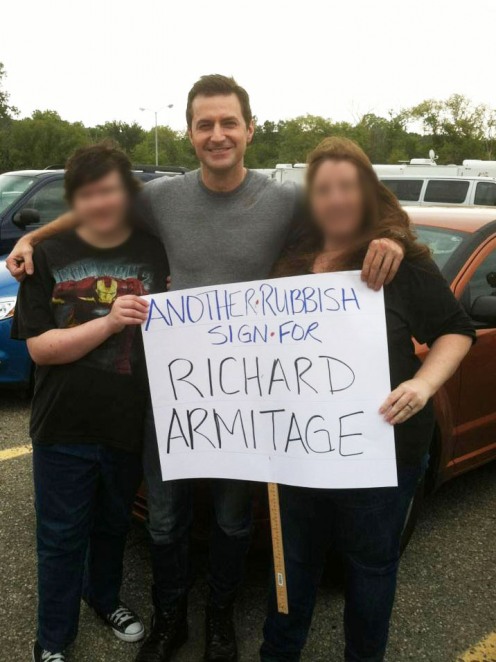 Thanks to you we know that:

The character in the new film won’t be called John

He will be using an American accent

He’s great at holding up cute silly signs in pictures

You have great big melons!

And we are very thankful for that!

King Richard Armitage week is here!
What’s better than spending money? How about getting the chance to choose the RA charity that will receive the JustGiving money collected by fellow Armitage admirers!

Have you always wanted to donate to one of Richard Armitage’s fundraising efforts at JustGiving, but missed out?

Concerned about the logistics of using a foreign website — worried about possible credit card fees or tax issues — convinced that charity begins at home — just never got around to it — or — a common problem: no extra money?

We at the King Richard Armitage fan initiative have a solution to these difficulties — we’ll take care of the money, the logistics, and everything else, while you can still focus on supporting your favorite local charities.

You can spend our money to support Richard Armitage’s charitable impulses!

Read more about it below!

King Richard Armitage week begins today and runs through August 28th. See the welcome post, with a description of what’s to come, at Something About Love! Includes poem by Melissa the Mouse.